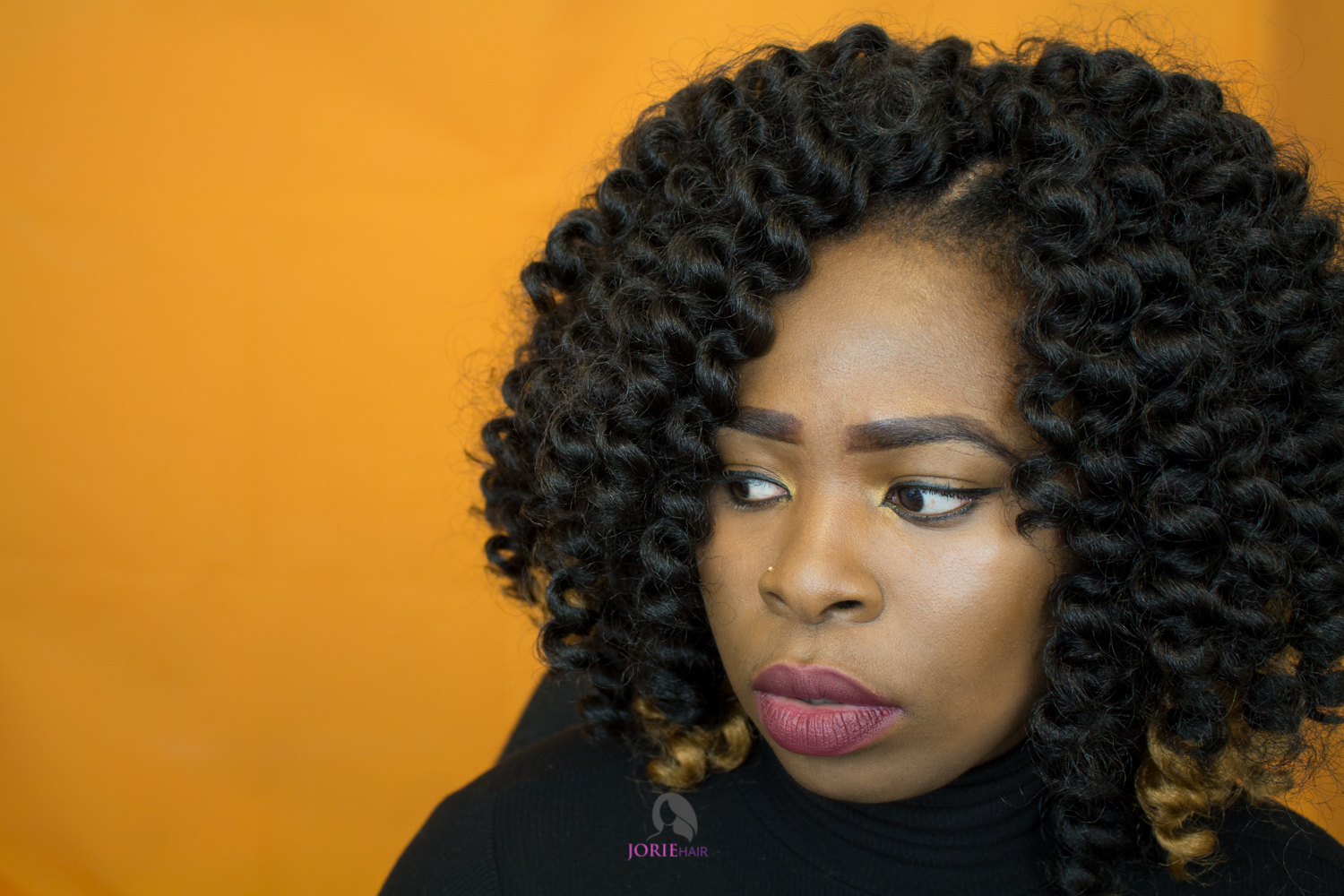 Firstly, start off with your preferred braid pattern. In this tutorial we chose to create a simple braid pattern with 1o cornrows in the front connecting to 5 cornrows at the back. 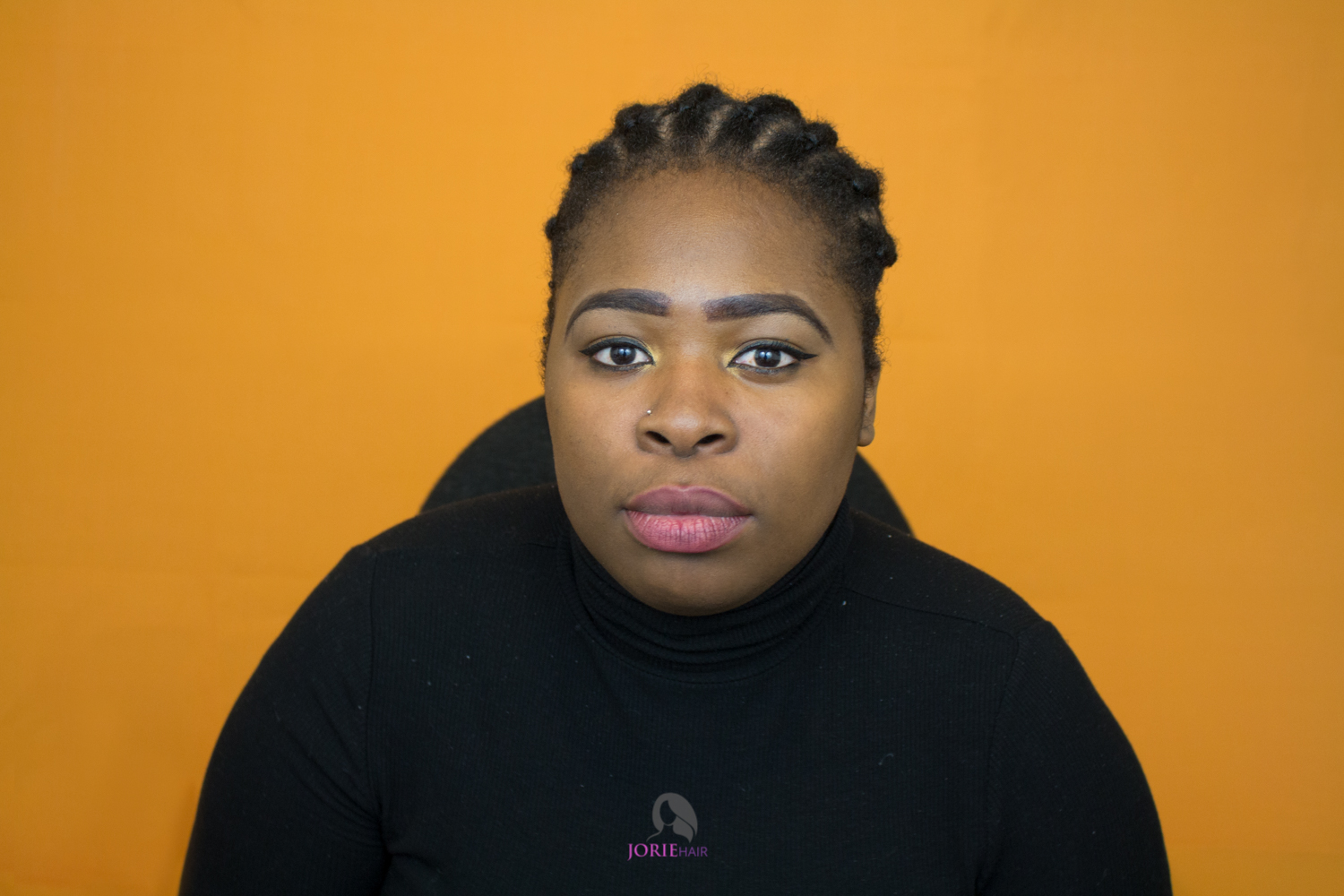 Once your braid pattern has been created, attach the crochet curls sparingly starting from the back and work your way up. At this point we have not started using our knotless crochet braids method to attach the curls. We use the normal loop method instead. While others choose to knot the hair 2 to 3 times, we chose to knot the hair once instead. This is because the hair was not to ‘slippery’ and it makes it easier to remove. 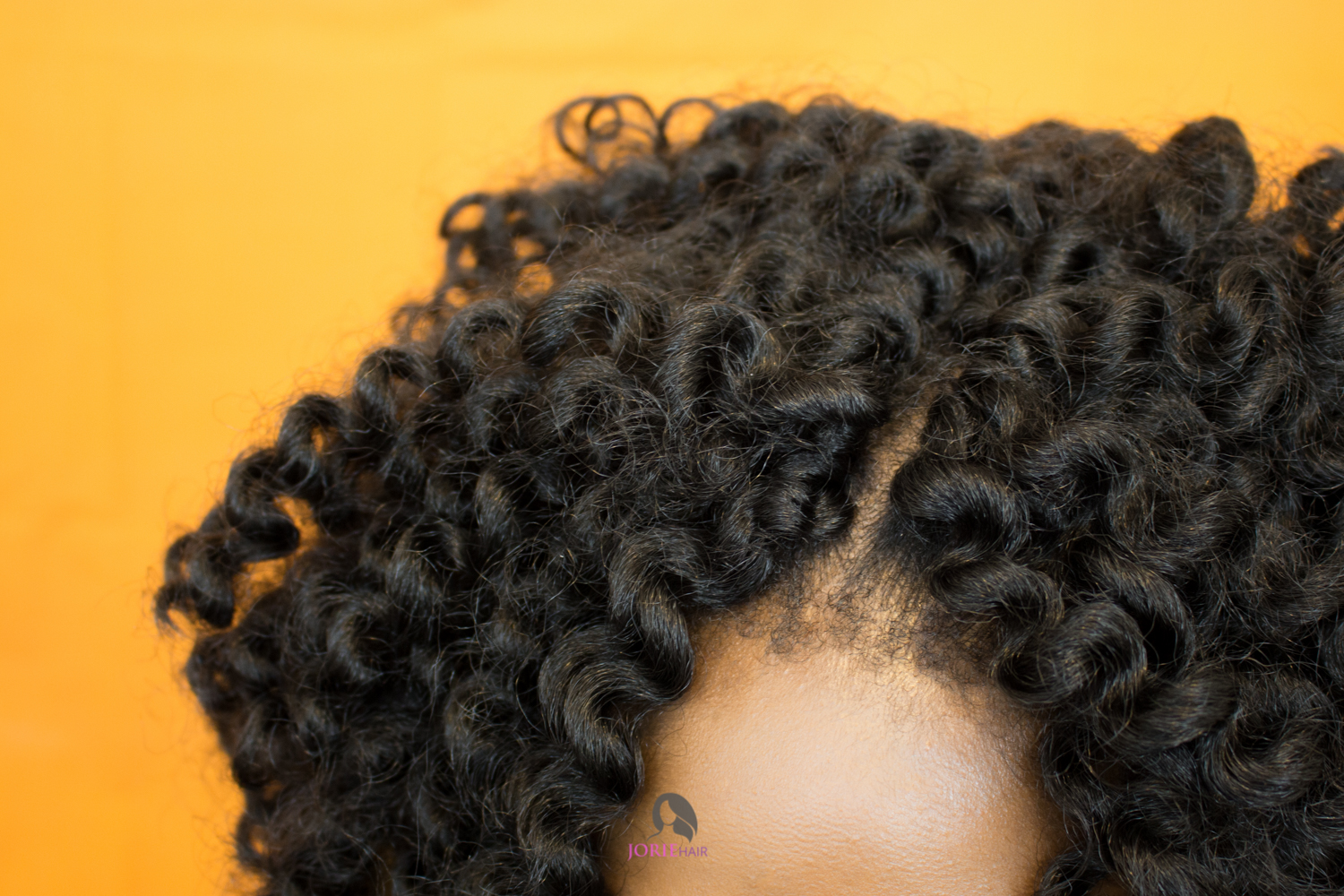 To create an invisible crochet part, you have to pull the crochet hair under the cornrow, then stop right there! Before you go further, instead of pulling both ends of the hair through the loop as you normally would, only pull one end. Then pull that end of the hair to create a knot that sits on top of the cornrow (check the video for reference).

Repeat the method above for those 4 cornrows if you want to have a 3 way part or just two for just a one way part. Don’t forget to style the hair using your trusty pair of scissors. Viola, you finally have your knotless crochet braids part or should I say knotless crochet curls! 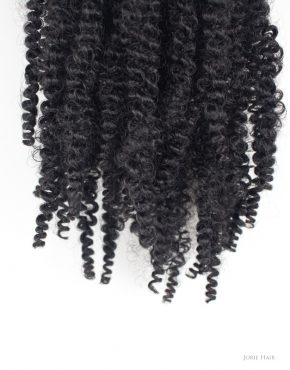 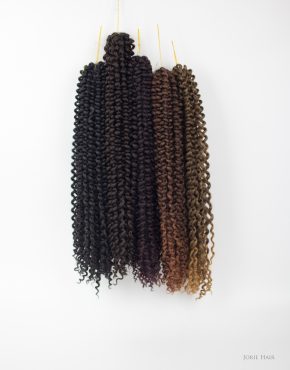 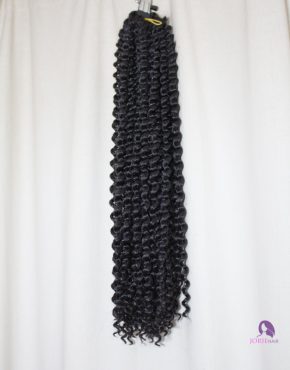 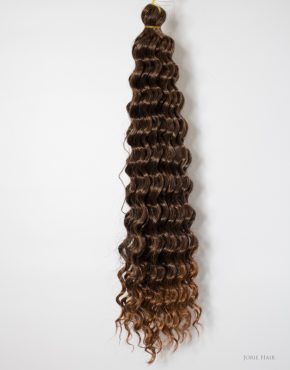 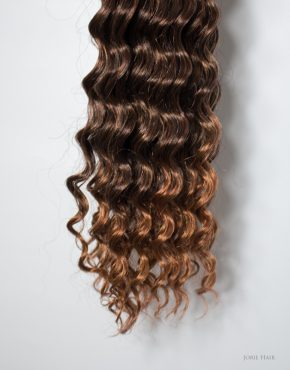 Can you recommend a stylist to do my hair? I have PTO kems with my shoulders and fingers and cannot do this. I live in Chicago.

Hello Jackie, unfortunately not at this time. We are UK based, so we are more knowledgeable about UK stylists than those in the US :(.

Hi,
I was wondering if you have the crochet hair in longer lengths like 16″?

Hello Tonisha, apologies but not at this time :(.

Hi,
My name is Tolu Makay and I love all your products.
A particular hair that I’ve been contemplating on getting is the skinny faux locks as a few of my friends have gotten it and recommended it.
However, I was wondering would there be a way of getting colour 1/30 of the skinny faux locks. I saw colour 1/33 which would’ve been perfect but of recent I’ve just fallen in love with the colour 30.

Hope to hear from you!

Thank you Tolu, we have the 1B/33 coming back in stock soon. We will send you a notification then :).

Reply to ArticlePlease do not use offensive vocabulary.

Welcome to the Jorie Blog! A place to get some insightful hair & beauty tips and tutorials.